Back to Back Premieres of Load Wedding Took Media by Storm

The premieres of the much-anticipated film “Load Wedding” – a social comedy / family drama by Filmwala Pictures and Geo Films, were held in Lahore, Dubai and Karachi on 18th, 19th and 21st of August respectively.

Inspire Her; An SWOP Event 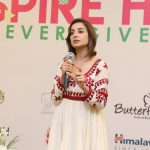 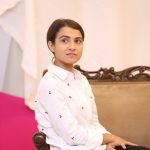 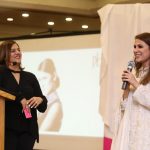 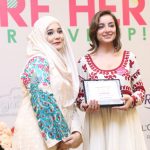 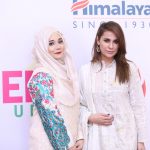 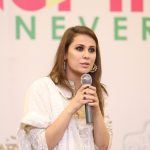 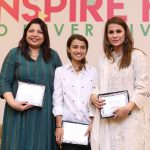 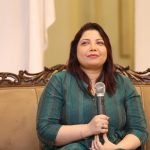 SuperWomen of Pakistan is an all-women Facebook group with over 30,000 strong and motivated Pakistani women. 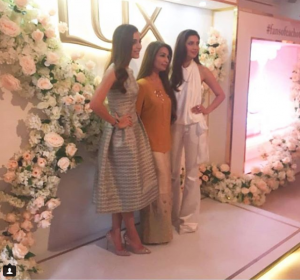 All three beauties were seen together at the Lux TVC launch the other day. And we can undoubtedly say that Mahira, Maya and Reema can literally bomb together too well. We loved how three of them carried themselves so gracefully. Not only this the love bond they were sharing made us to love them even more. Theoutfits were totally on point and I am sure you all want to see what I am talking about. This is what happens when three divas get together. 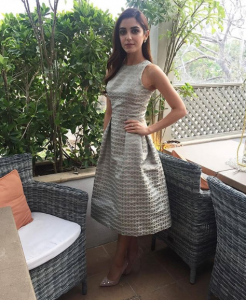 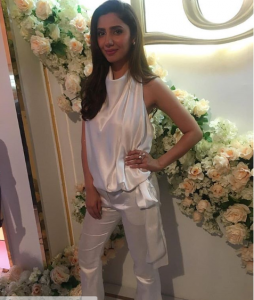 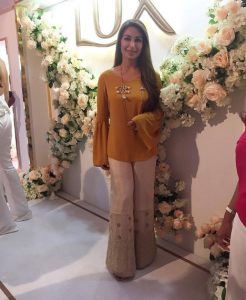 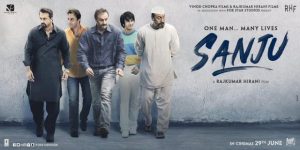 Ranbir Kapoor starrer Sanju entered the Rs 100 crore club in just three days at the ticket windows. After earning over Rs 73 crore in its first two days, Sanju showed significant growth on Sunday and raked in Rs 46.71 crore. The film currently stands with the grand total of Rs 120.06 crore. With this total, it has turned out be the biggest opening weekend grosser of the year beating Padmaavat and Race 3.

While director Rajkumar Hirani has once again proved his mettle as a master story teller, Ranbir Kapoor is finally back and how! With Sanju, the actor has hit the bullseye and got the smashing hit that he was looking for, post Ae Dil Hai Mushkil. 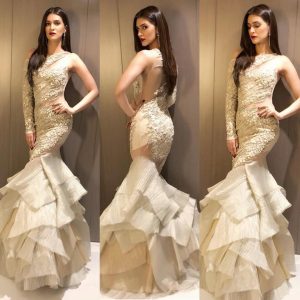 Bareilly Ki Barfi actor Kriti Sanon was seen flaunting a golden gown designed by fashion designer Gaurav Gupta styled with dangling earrings from outhouse jewellery and kept her makeup minimal with bold lips. Looking at all the other celebrities gracing the event, Kriti definitely stole brownie points from us with her classy yet bold style and emerged as the best-dressed celebrity of the night. 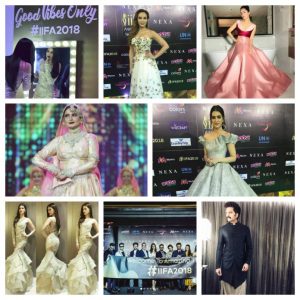 Bollywood stars like Kriti Sanon, Varun Dhawan, Karan Johar made the heads turn with their spectacular style at the IIFA Awards 2018’s green carpet event held on June 23 in Bangkok. However, actors like Urvashi Rautela, Konkana Sen Sharma and Radhika Apte failed to leave their mark and emerged as the worst dressed celebrities at their starry event. IIFA Awards 2018 Bangkok, Take a look!

it’s that time of the year again when the entire Bollywood fraternity comes together to dance, sing and celebrate cinema! As Bollywood gears up for the prestigious IIFA Awards 2018 on Sunday in Bangkok, celebrities like Varun Dhawan, Shraddha Kapoor, Karan Johar, Kriti Sanon, Riteish Deshmukh, Bobby Deol, Konkana Sen Sharma, Diana Penty, Iulia Vantur, Urvashi Rautela, Dia Mirza and Radhika Apte made their presence felt at the IIFA green carpet on June 22. However, it was stars like Kriti Sanon, Karan Johar, Varun Dhawan and Shraddha Kapoor that stole the limelight with their distinct style. 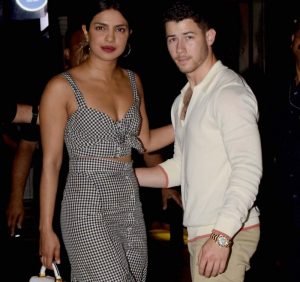 Priyanka Chopra, a Bolly wood actress is getting engaged to American singer Nick Jonas, According to the reports. Priyanka Chopra and Nick Jonas are often spotted together, confirming the rumours of them dating. However, there are now reports that the two are going to get engaged. 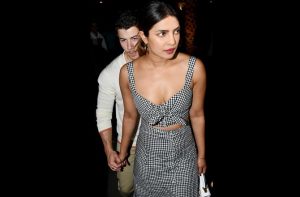 If rumours are to be believed, Priyanka Chopra and Nick Jonas’ whirlwind romance is all set to reach new heights. According to Filmfare, the couple is all set to get engaged by the next month!

According to an exclusive report on Filmfare, the Quantico star will get engaged to Nick by July end or August this year. Nick is currently in India with Priyanka and inside sources revealed that the engagement was decided on this trip.

The couple earlier met with Priyanka’s mother, Madhu Chopra for dinner after which they headed to Goa for a short trip. Priyanka’s cousin, actor Parineeti Chopra also accompanied the two on their vacation. 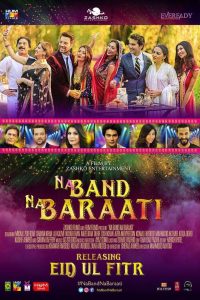 Since the day the first teaser of the rom-com Na Band Na Baraati hit the TV screens and social media platforms, fans have been desperately waiting for the release of the movie. HUM FIlmsn, Zashko Entertainment and JellyFish jointly announced that Na Band Na Baraati is releasing on Eid-ul-Fitr 2018.
The rom-com has been in the limelight for all the right reasons and there are a number of reasons that why the audience has been eagerly waiting for Na Band Na Baraati. First, it is the movie debut of the multi-talented Shayan Khan. Second, the plot of the movie is quite unique and the Pakistani audience hasn’t seen something of this magnitude in recent times. Third, not only Na Band Na Baraati features young blood with the likes of Shayan Khan, Mikaal Zulfiqar, Nayab Khan, Komal farooqi and Ali Kazmi but the movie also features some of the most veteran Pakistani artists like Qavi Khan, Azra Mohiuddin and Atiqa Odho. Four, the music is fresh and uplifting. Neither it is too Bollywoodish nor too old school Lollywood. The music has the perfect sound for the modern day Pakistani cinema goer.
We decided to contact Zashko Entertainment to confirm the movie release date. The representatives of Zashko Entertainment told us, “Yes, we are releasing the movie on Eid-ul-Fitr as the fans have been asking for it. Plus, as Eid-ul-Fitr is simply one of the biggest occasions in Pakistan, so we also thought it would be better to release the movie on a festive season. So Na Band Na Baraati is our Eid gift or Eidi for all the Pakistani movie lovers”.
We also contacted Jellyfish which is responsible for all the marketing and PR activities of Na Band Na Baraati. The team members of Jellyfish were definitely excited but told us that it is a lot of work but they are working day and night to pull this off successfully.
Na Band Na Baraati revolves around a typical desi Pakistani family living in Toronto and the family is in the midst of organizing wedding for their sons. The movie is a full-fledged entertainer with an ensemble cast, unique storyline, picturesque locations, light hearted comedy, foot tapping music and has all the ingredients of a perfect masala Pakistani entertainer. The movie is releasing on Eid-ul-Fitr and we can’t thank the makers enough for it. 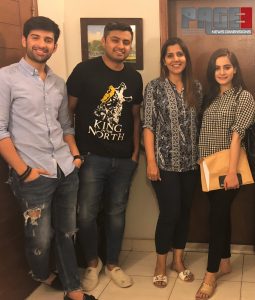 The most talked about celebrity couple, Aiman Khan and Muneeb Butt are set to pair-up for Moomal Entertainment’s upcoming drama serial titled Baandi.
The couple will be seen in signature drama serial Baandi which is being written by Asma Nabeel, one of the most high rated writers of recent time and directed by Syed Ahmed Kamran, who has done numerous projects including Libas, Digest Writer, Chemistry and currently on-aired drama Zun Mureed, to his credit.
The story of the drama revolves around a 17 year old innocent girl Meeru, who suffers atrocities just because she is born in a low-labour class. It takes us on a journey of a girl who goes through the worst of worst situations to find a place for herself.
The other cast includes Hina Dilpazeer, Nauman Masood, as of now.
Asma, the writer of Baandi shares, “This project is very close to my heart. The subject which we are catering through this drama is very sensitive, which will raise many questions and attempt to answer them.”
Asma’s currently on-aired drama titled Khaani, starring Feroze Khan and Sana Javed in leading roles, is being highly appreciated by audiences. She further adds that she cannot reveal much about Baandi for now but the only aspect she would like to highlight through it is that Ghulams and Baandis time is over.

Rafay Rashdi, managing partner at Moomal Entertainment says, “The major focus in our dramas are mostly on relationships, but Moomal is trying to change this perception. We are trying to cater such social issues which have been prevailing in our society from quite a time, but unfortunately we oversee them. Baandi will depict the lives of labor class, their issues, how they get exploited and tortured.”
Aiman and Muneeb were last seen together in Zindaan and seeing their growing chemistry on social media, audiences are waiting to see them back on screen again. 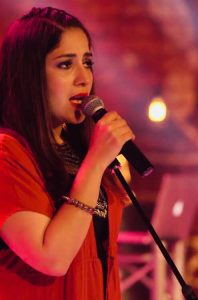 cked the stage and gained a huge fan base in no time. Her music has the propulsive rhythmic feel that leaves the audiences rapt.

Samra Khan came into limelight through Coke Studio Season 8. The hidden star performed alongside Asim Azher and delivered “Hina Ki Khushbu” – rendition of the Noor Jehan original track – so impeccably that left people awestruck! The rising star was then handpicked by Elite Films for Music Garage – first ever original series – along with other Middle East expats. And the talented diva won the Grand Event for Pakistan. Pakistanis have been praising her performances that have a refined edge needed to continue her appeal to a wider audience. After reaping massive admiration for “Hina ki Khushbu”, the singer opted to release her solo songs which were well taken by the audience. The melodious vocalist is banker by profession and trying to keep a balance in both fields.

Music Garage, started on April 7, was telecasted on a weekly basis and had a grand finale on May 26, 2018. It was the first season and considered to be the milestone for Viu – Vuclip’s over the top (OTT) platform – targeting South Asian residents in the Middle East. From the diverse market, all six participating bands and singers were given an opportunity to showcase their talent in each episode. The seventh episode was a recap of all performances and the grand finale featured the most voted male singer, female singer and the top voted band. And Samra Khan stood out and won the reality show through public voting. Her debut in Coke Studio changed her life tremendously and we wish her all the best for her future endeavors.