Kartarpur border to be opened Impact on Sikh tourism 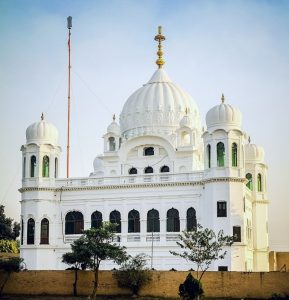 LAHORE 27th November 2018: Preparations to lay the foundation stone of the Kartarpur border crossing have been completed and Prime Minister Imran Khan will perform the groundbreaking of the corridor at a ceremony today (Wednesday).

Renowned cricketer and Minister of Indian Punjab Navjot Singh Sidhu and other guests from the neighboring country have already reached the country for the historic event.

The agreement between Pakistan and India to have a corridor, linking Gurdaspur’s Dera Baba Nanak to Kartarpur Sahib has been welcomed by the Sikh community that has long demanded they be able to walk to this major shrine directly from Dera Baba Nanak in India rather than through the Wagah border crossing. However will that have any benifit for the Sikh tourOperators that is still to be seen. As the visa regime is still not clear and also what will be permitted to be seen by the yatris is still not clear. 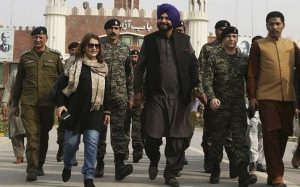 In Kartarpur the 16th century shrine in Narowal district was where the founder of the Sikh religion, Guru Nanak, breathed his last. The Gurudwara was built to commemorate the site where Guru Nanak, founder of Sikhism, settled after his missionary work. He assembled a Sikh community there, and lived for 18 years until his death in 1539.

Located four kilometres away on the banks of the River Ravi, the revered shrine is visible from the Indian side. Prime Minister, Imran Khan, took personal interest in meeting Sikhs’ demand after Navjot Sidhu attended his swearing-in ceremony in Islamabad. The facility would provide a visa-free access to the Sikh pilgrims to the shrine of Baba Guru Nanak in Gurdwara Kartarpur Sahib. 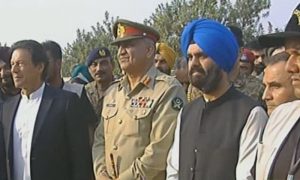 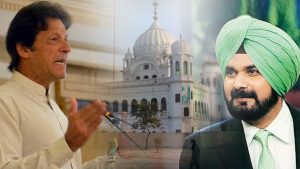 The friendship between Khan and Sidhu goes back to their cricketing days. Sindhu, now Tourism and Culture Minister of Indian Punjab has arrived in Lahore to participate in the ceremony. Other guests include the head of Shiromani Gurdwara Parbandhak Committee, members of Indian Punjab assembly and senior journalists.

The guests have also brought with them holy water called ‘Amrat Jal’ from the Golden temple in Amritsar. As mark of respect, Indian parliament member Gurjeet Singh Aujla walked barefoot to Lahore, carrying ‘Amrat Jal’. Aujla said that he would use the water in the corridor’s groundbreaking.

Pakistan’s High Commissioner in India Sohail Mahmood will also participate in the ceremony.

The government has formulated a comprehensive plan to facilitate the Sikh devotees who will come to Pakistan to visit the Gurdwara Darbar Sahib Kartarpur.

The plan includes renovation of the gurdwara, issuance of visas to the pilgrims and the provision of security and accommodation.

The Indian government was in a quandary, displeased with this development but unwilling to alienate the Sikh sentiment. Finally it accepted the proposal; announcing it would construct the road on its side, and send two ministers to the groundbreaking ceremony by Imran Khan on Pakistan’s side.

The East Punjab government invited the speaker of the Punjab Assembly to its inauguration ceremony.

Analysts have described the Pakistan Tehreek-e-Insaf’s move to open the Kartarpur opening as a bold and wise move.

The two countries will move on to hold talks on logistics, visa, and other details of the Kartarpur corridor, which is described as a change from the past five years of no talks despite Pakistan’s reiterated proposals. One hopes the Kartarpur opening is a step towards peace.

Luxury Hotel Chains: Get The Best Value For The Price You’re Paying!

Three caves you need to visit in Pakistan