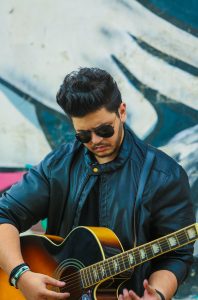 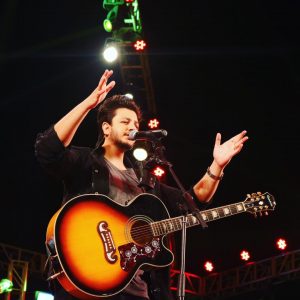 Raafay Israr is set to release his first song, Khushfehmian in first week of March. The single also marks Israr’s first duet ever. The singer’s previous hits include Sajni, Beliya and Man Ki Lagan released in 2018.

Celebrating the month of love, Raafay Israr’s song Khushfehmian is an acoustic pop ballad. While sharing more details about the song, Israr says, “The month of February is all about love and I thought of bringing back the old school romance with a song that celebrates the purity and simplicity of a love between a boy and a girl. The song’s name is called Khushfehmian and it is an easy listening love song which everyone can sing along to.”

Composed, written by Raafay Israr and co-written by S.K.Kalish, Khushfehmian also features the singer Alycia Dias. The music video for the song is performance based, produced by Mahnoor Sheikh with Salar Khan as the cinematographer.

Khushfehmian is set to launch first week of March. The song will be available on the Israr’s social media platforms (including Facebook, YouTube, Instagram and Soundcloud) as well as other music portals including Saavn, iTunes, Patari and Soundcloud. The singer is currently working on more songs and collaborations scheduled to be released in 2019.

Singer, songwriter and composer Raafay Israr, is an upcoming musician who has already made his presence be felt in a time span of 6 years.

Mentored by the legendary Benjamin Sisters, Israr started his career in music at the age of 12. While just a teenager he started performing at local concerts in Karachi along with his band, and in a matter of 4 years, he completed 300 concerts all over Pakistan for which he also opened shows for some of the biggest music names of the country. He started writing his own music in 2017 and in April 2018 launched his debut single ‘Sajni’. The song received massive praise over the internet and later it got signed by Zee Music Company. Raafay Israr also released two more singles Beliya and Man Ki Lagan in the same year.